We're open 24/7 and ready to help you during COVID-19 with Sanitization Solutions.

Why Are Dogs Man’s Best Friend? 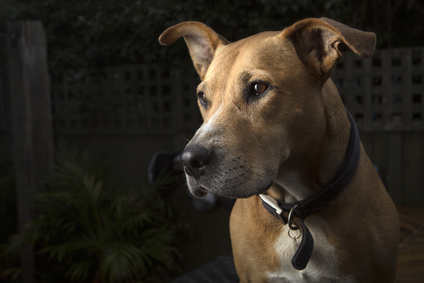 Being best friends day and all, you are likely to be inundated with a slew of posts and information about the nature of friendship and what makes a best friend, or even testimonials about friends and their stories together. The social sphere is already atwitter (see what I did there) about friend bonding and all of the wonderful things that this entails. But on this best friend day, I’d like to discuss man’s best friend – the dog. No doubt there is also a dog day some other time in the year, but the play on words was just too much to resist and so here we are. But where is that? Why are dogs man’s best friend? How did dogs and humans ever become best friends in the first place? And What does the future hold for our four legged buddies and us?

It’s fairly clear that dogs are totally enamored by humans. It’s understandable really – we’re pretty awesome – but shy of that there are actually some really good reasons that dogs care so much about us. From an evolutionary standpoint there is a lot of evidence that indicates dogs and humans formed a permanent partnership around 40,000 years ago. There are a number of theories for the reasons that this happened, from shared prey opportunities, to feral children being raised by wolves, to human’s interminable capacity to alter their world to their desires. One of the newest and most provocative theories on the other hand indicates that one possibility for human and canine collaboration is due to the whites of our eyes. This seems like a strange reason for dogs to find a connection with humans, but in truth there is some merit to the theory.

As it goes, humans have an extremely visible sclera (the white part of the eye) relative to other primate species, and while this is terrible for hunting, as it gives away the direction of focus in addition to being the opposite of camouflage, but it does make communication extremely easy. Dogs are one of the very few species that follow the eye movement of humans, and with a highly visible eye to follow, it’s almost as though humans mesmerized dogs from the beginning and they have never not been hypnotized by our abilities. So dogs may like us because they can discern our intentions from our body language and eye movement specifically – weird, but pretty cool.

Why Do They Stick Around?

Long, long ago dogs and humans decided to be best friends. It may have been because we fed them, or it may have been because we stole carcasses that they had killed and they essentially fed us. It may even have been a strange combination of both of these scenarios and many others. Truth be told, there really is no definitive reason why humans and dogs became so inseparable so long ago, but what’s done is done. Today, dogs obviously stick around because they would be slightly lost without us. Man has bred his best friend with other versions of itself and created combinations of traits that simply couldn’t exist in nature on their own. So why do they stick around? Probably because we keep feeding them, but the jury is still out.

What Will The Future Hold For Humans and Dogs?

There are very few limits on what a dog can be trained to do. With their sense of smell being far greater than our own, dogs have been trained to do everything from bomb detection to cancer detection. There have been dogs that have done simply amazing things like saving people from burning buildings, or who have been taught to use the toilet – and then flush it. Maybe one day we will be able to teach them to clean the toilet too, or stop it from overflowing, but for the time being we’ll just have to keep playing fetch – and loving it. So celebrate Best Friend Day and take your four-legged friend for an extra long walk, and maybe a milk bone if you’re feeling nostalgic for those old hunter gather times.